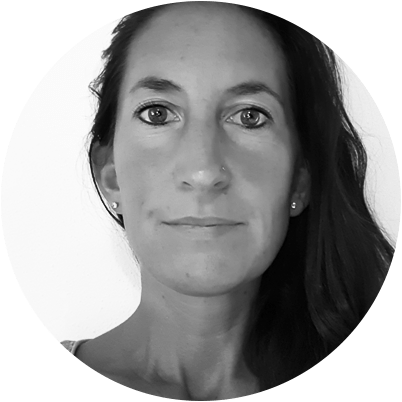 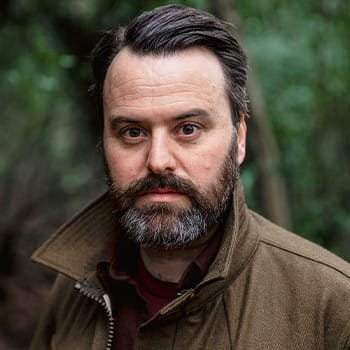 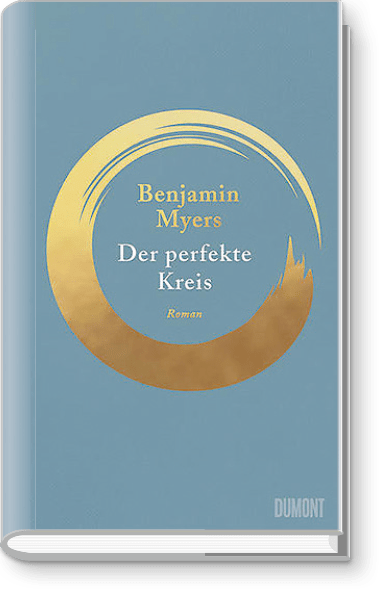 1. I am deeply in love with those two strong and non-conforming main characters and the humour of your new novel. Please tell me, how on earth did those guys and the whole idea pop up in your head?
In the summer of 2019 I was visiting my parents in Durham and was having a little rest as I was somewhat exhausted after a busy spell – Offene See was just about to be published in the UK – and I wandered out into the middle of a nearby cornfield to catch my breath and slow my mind down. While standing there, deep in the crop, in the fields close to the estate housing on which I spent my childhood, the idea for this novel arrived in my head. It just came, almost fully-formed. It was as if I had downloaded it from the cosmos, or perhaps it rose up from deep in my subconscious. I thought: “Two men walk out one evening to embark upon a summer of creating crop circles. They are Redbone and Calvert.” I went away, made some notes, left it for a few months, and then in February 2020 I sat down and wrote the entire novel from start to finish in 25 days in a remote cottage in Scotland, seven miles from the nearest shop. I finished it the day before I had to return home and enter a national lockdown due to Covid 19. There’s no rational explanation for how any of this happened. But it did. The book already existed: I just typed it up.

2. Friendship is a main topic of your novel “the offing” and again in “the perfect golden circle”. What is the essence of a deep friendship to you?
To me, friendship means you can be yourself with someone – and vice-versa. Also, true friendships can endure changing times and a changing world. You might not see a friend for years, but if you can reconnect and carry on as before, then that is friendship.

3. Nature, another of your topics. Do you think there is still hope that we could get along and not against nature on this planet?
Environmentally-speaking I have very little hope that humans will able to reverse the damage we have caused in the coming centuries. Long term, I’m a little more optimistic as I think the planet is more resilient than we realise, though it may take the extinction of humanity to truly protect it. That’s fine by me: nothing last forever. It’s supremely arrogant to assume that we will be always around.

4. There is a lot of mouth-watering food talks in your novel „the offing“, do you like to cook?
I do. I actually once pitched the idea of writing a restaurant review column to a well-known magazine. The editor asked me ‘What experience do you have with food?’ and I replied ‘Well, I try and eat it most days’.  I didn’t get the job. My repertoire is a bit limited, but what I can cook, I do reasonably well.

5. Why is the perfect golden circle published first in Germany, earlier than in any other country?
As far as I can tell, people in the UK like to have lots of meetings to arrange further meetings in which to discuss doing things at some point in the distant future. Whereas in Germany, you just get on with it and actually do things. In England there has always been a stereotype that Germans are extremely organised and efficient, and I‘m pleased to report that this seems to be true. I’ve never encountered a publisher so wonderful to work with as Dumont.  But the book markets are different too, and in April 2021 I published a short story collection entitled Male Tears, so it made sense to wait a while before putting this book out in the UK. I don’t want to overwhelm readers. Fortunately I’m with the best publisher here, Bloomsbury. They have JK Rowling, so they know what they’re doing.

6. You are not only a novelist, but a poet all the same. What does writing and reading poetry mean to you?
Writing and reading are both a form of magic. With just 26 letters you can physically impact upon people, across the world, and across time itself. Writing is a way to out-run death – for a while at least…

7. Punk, roaring and growling… this seems to be the opposite of your obvious love for nature. What is the connection you seem to have here?
Music is a huge part of my life – I worked as a music journalist for twenty years, and also played in bands as a teenager, ran a small record label for a few years, spent a lot of time travelling the world with musicians. I think I tend to be attracted to the extremes of different genres, whether that is folk, jazz, psychedelia, hip-hop or punk, which was a particularly big influence on my when I was younger. I like the do-it-yourself mentality of punk; of never asking for permission and never waiting for someone to come along and offer validation. Punk was driven by energy rather than talent, and life is too short to waste. I always believe that you learn by doing – which is why I leave behind me a trail of many awful unpublished novels.

8. I’m always so very curious about a writers‘ current reads, what are yours?
Some books I have enjoyed this year would include:
The Invisible Land by Hubert Mingarelli
My Phantoms by Gwendoline Riley
Bolt From The Blue by Jeremy Cooper
The Night Always Comes by Willy Vlautin
Heavy Light by Horatio Clare
Diary of a Film by Niven Govinden
Kitchenley 434 by Alan Warner
Men Who Hate Women by Laura Bates
Ten Thousand Apologies by Adelle Stripe
All In The Downs by Shirley Collins
Shooting Midnight Cowboy: Art, Sex, Loneliness, and Making of a Dark Classic by Glenn Frankel

9. Benjamin, may I ask you for describing your daily writing routine?
Morning: rise reluctantly. Shower, breakfast, walk up the hill o into the woods with my faithful dog Cliff. Then I answer emails and write for two or three hours. After lunch I try and either swim in a nearby reservoir or more recently I have taken up boxing. Anything that is the opposite to sitting at a desk. Then I write some more in the late afternoon and evening, always punctuated by coffee breaks  and social media distractions. At night I like to watch television and go for a late-night walk with my wife. We do this in all weathers, wherever we are. In amongst all this I sit in cafes with friends or sometimes see live music, but mainly I try and avoid all the responsibilities of being an adult male in the twenty-first century. I’m very much a man of routine.

10. Imagine while walking in the fields, you stumble over an old white bearded man, who seems a little bit otherworldly… He offers you three wishes granted – What would you wish for?
I’d like to offer all the expected answers: world peace, a reversal of environmental disaster, a cure for cancer, better wealth distribution, the end of poverty for children (and adults), the end of all forms of fascism around the world. But, really, I should be realistic. The good thing is, I can’t think of anything obvious that I personally want or need right now, and I feel lucky to be able to say that. I don’t crave wealth or fame and one of my novels is currently being filmed by my favourite film director, Shane Meadows, which feels almost unbelievable to me. A dream come true. One thing that would certainly benefit the UK however, would be the instant removal of our Prime Minister and his entire cabinet, who are the most hateful and inept I have seen in my lifetime. One wish is all it would take! So you can pass the other two wishes on to someone else if you like.